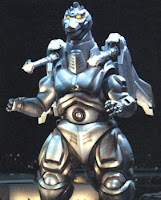 -HEIGHT: 394 feet.
-MASS: 165,000 tons
-SPECIAL POWERS: This Mechagodzilla's host of powers and weapons put the first one to shame. Besides flight at Mach 2, it can also fire a Mega-Buster ray from it's mouth, paralysis missiles, laser beams from eyes, and shock anchors/cables. It has a Super Heat Shield "NT-20" which absorbs energy that can be redirected through a plasma grenade. Mechagodzilla also employs the "G-Crusher" weapon and can be joined with the UN battleship Garuda to form Super Mechagodzilla.
-BACKGROUND: Unlike the first Mechagodzilla, this one is built by the UN and G-Force as a means of global protection, specifically against Godzilla. It was built from salvaged parts of Mech-King Ghidorah that were researched and improved upon. Mechagodzilla 2 came closer than any other foe to completely defeating Godzilla.
-BATTLE RECORD: 1-2 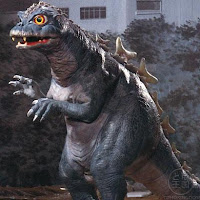 -HEIGHT: 5.4 feet
-MASS: 924 pounds
-SPECIAL POWERS: Able to communicate with Godzilla and Rodan telepathically. Eyes glow red when afraid.
-BACKGROUND: As the name suggests, Baby Godzilla is Godzilla's son. His egg was found on a remote island under Rodan's guard. Scientists escaped with the egg and took it to Kyoto while Godzilla and Rodan fought over it. The baby was cared for by scientists until it was deemed that he should be given back to Godzilla.

OTHER MONSTERS APPEARING IN THIS FILM:

After all these years of enduring Godzilla's destructive force, the UN decides it would be a good idea to help Japan out, so they create the United Nations Godzilla Countermeasures Center (UNGCC). The UNGCC is on the cutting edge of creating state-of-the-art weaponry and such to defend the world from Godzilla and any other monster for that matter. Using the salvaged remains of Mech-King Ghidorah, the UNGCC engineers the greatest anti-Godzilla weapons of all-time: MechaGodzilla (2) and its sort of whacked-out spaceship, bastard step-brother Garuda. Everyone hates Garuda except for one of its chief creators named Aoki (more on him later). Meanwhile, a team of scientists discover a living dinosaur egg on a remote island guarded by Rodan. When Godzilla shows up, the two monsters start a brawl over the egg, allowing the scientists to take it back to Japan. Long story short, the egg hatches into a baby Godzillasaurus that recognizes one of the scientists, Azusa, as its mother. Azusa becomes the baby's primary caretaker and they form a strong bond. Before you know it, Godzilla shows up to get the egg back. MechaGodzilla is sent to stop him and puts up a good fight, but ultimately Godzilla kicks his metal doppelganger's ass. Godzilla wanders off after a bit, having still not found his baby. Aoki convinces the UNGCC that MechagGodzilla would be more powerful with Garuda attached to its back and a new plan is formed to kill Godzilla with the "G-Crusher": a weapon that targets a second brain at the base of Godzilla's spine that would cripple him. They try to lure him with the baby, but first Rodan shows up and is defeated by Mechagodzilla. Then Godzilla shows up for the major throwdown, and with Garuda attached to its back Mechagodzilla deploys the G-Crusher and actually kills Godzilla. However, in a final act of sacrifice for his old buddy, a dying Rodan flies over to Godzilla and transfers his radioactive life-energy to him. Now that's friendship. Godzilla arises more powerful than ever and beats the shit out of Mechagodzilla and leaves with his baby, who bids the humans a bitter-sweet farewell.

I love this Godzilla film. Yet another fantastic addition to the series brought on by the Heisei era. It's got everything you'd want in a Godzilla movie: incredible monster battles, gratuitous explosions, inexplicable sci-fi, and a nice helping of cheesiness from the human actors. Not to mention this film has its helping of drama. I've got to admit I was pretty upset when I saw Godzilla go down when I saw this for the first time, but it was so awesome to see Rodan sacrifice himself like he would in the old days. Nerd alert! Anyway... Ifukube composes another awesome score that moves the movie beautifully. Honestly, this is my favorite complete Ifukube score besides the original in 1954.

This movie has got to have the absolute best special effects of an Godzilla movie up to this point and is actually very well directed in my opinion. Mechagodzilla has more weapons than you can count on two hands and its a feast for the eyes to watch him battle the King of the Monsters. The Godzilla suit is also top-notch, as are all of the other monsters and model work. This film integrated a lot of new techniques in animatronics for close-ups and some good puppetry too. Baby Godzilla looks fantastic and actually like a believable baby dinosaur, not like Minya. Ugh, I shudder when I think of that waste of cinematic space. I'm also a huge fan of the inclusion and update for that matter of Rodan. Nicely done, Toho. All in all, it's a great Godzilla movie, definitely in my top 5, and I never get tired of watching it. A must see for any G-fan.

Maybe its a cop-out, by I would be amiss if I didn't say that my favorite part(s) of this movie are the battle scenes. You can't go wrong with any and all of them. Especially the final battle between Godzilla and Mechagodzilla. When Godzilla is resurrected, it's just so awesome. Not much else to say. Please enjoy this video I found that is basically a summary of the whole movie. Please excuse the God-awful background music though.


Up next, Godzilla faces a ferocious interstellar foe with a crappy name... "Godzilla vs. SpaceGodzilla"
Posted by Clinton Foster at 12:14 AM 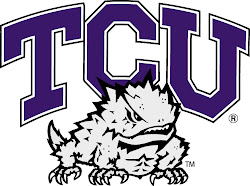 Posts that have altered the course of people's lives...

Sites comparably awesome to this one...